It's been about three months since I opened Ethel's Scrapbook. This short blogging hiatus blogging was mostly due to my son's Bar Mitzvah. The hard work that went into the Bar Mitzvah was rewarded with a fantastic ceremony and the celebration which followed. With pride for my son and much joy, I can now return genealogy.

Sitting on the now famous bookshelf ( La Tienda Part I and Part II) collecting dust once again, was the black crumbling scrapbook. Full of excited anticipation, this morning I reopen this treasure my grandmother Ethel left behind to see what the next article had in store. What I discovered, within the yellow crumbling pages, was the inspirational speech Rice's then president, Dr. Edgar Odell Lovett gave at the Matriculation Address. A great speech, perfect to jumpstart this blog once again!


President of Rice Speaks to Freshmen

Obey the Neutrality Law in Letter and Spirit, He Advised Them in Matriculation Address.

Obey the neutrality law in letter and spirit, Dr. Edgar Odell Lovett, president of Rice Institute, advised members of the class of 1943 in his annual matriculation address at the institute Wednesday.
"Now you can serve the high ends of truth, freedom and justice for yourselves, your people, and for all people, in no better way than by setting soberly about the business that has brought you to this place," Doctor Lovett said.

Symbolizing life as a race, Doctor Lovett advised the students to make competition, co-operation, conservation and consecration of mind and spirit their watchwords.

The day is indelibly stamped for you by the war. You have been brought up to abhor war, and by that token alone you must deplore the present European war. By law and governmental proclamation we are declared neutral with respect to the war. As citizens of the republic you acknowledge the authority of our constituted government, so constituted by the people more than 150 years ago. IN all good faith you will act accordingly, that is to say, you will obey the law in letter and in spirit. If, by will of the people through an act of congress, the law of the land should be changed, then again you will accept the decision of the government, a decision in which you will have participated through your constitutionally appointed representatives. And therefore in all good conscience you will obey the new law, whatever that law may be. But you can not possibly assume and maintain an attitude of indifference to the war. The devastating distractions of its events, whether rumor, confirmation, denial, or anticipation are brought daily, almost hourly to you. In my opinion the best you can possibly do, and this for the present only in thought, is to resolve quietly and calmly that, in so far as you can prepare yourselves for the next 50 years expectation of life, these things of force and violence and injustice shall not recur.

Now you can serve the high end of truth and freedom and justice for yourselves, your people and all people in no better way than by setting soberly about the business that has brought you to this place. IN coming here you are carrying out long-laid plans, either your own long-laid plans or the long-laid plans of your parents for you. With just such plans as yours others have come here before you. Many have succeeded beyond best hopes in them; others have failed.

For your success I very earnestly hope. Indeed, you must not fail. A running start, where permissible, may be half the winning of a footrace. In your first race here I declare a running start legitimate. I therefore wish to help you to a good running start.
There  are many kinds of races to be run. Your engagements for the most part will be on a competitive basis. You will be competing not only with others but also with yourself. And you will be all the better for the competition in both kinds. The immediate competition ahead of you is primarily a race of minds. In communities like our own the mind is the man, the heart the other half of him. For us the supreme faculty of mind is a faculty that we call reason. Reason dominates the mind as arbiter and judge.

You have no faculties superior to these faculties of mind. You will derive great satisfaction from carrying your mind about with you and using the facilities of that mind of your own on every possible occasion. When running this kind of race with yourself you win as in other conquests of knowledge, by asking the right question and finding the right answers. You will also do well to carry your unsolved problems about with you in your mind, for you are as likely as not to catch up with solutions in the most unexpected ways and places. And I have found encouragement to effort in the fact that in these racings of the mind it is not always the best mind that wins, and that even under unfavorable conditions your mind, when not at its strongest, can often run a very good race.

Then there is the relay race. Her co-operation is the dominant note. Our civilization has continued and has carried on by the passing on from hand to hand of the torch. Men are despairing of civilization. The history of it justifies some fear for its future. But there is no despair of civilization here.

The really inspiring thing in this day, to you, is that you, in turn, right here and now, are taking up the torch to pass it on.

It is a flaming torch, but not a firebrand. It is a burning beacon of light and learning; a flaming torch again of reason, of freedom, of humanity, of faith in God and man. The flames of the torch are undying flames. They are fed by the deepest emotions of men and women, but the conscience, courage and conviction of the human heart. You will keep them for ever burning. You will feed them alike in peace and in war.

One of the most bitter arguments against war is its cost in the youth that go down and to the youth who come back. Pericles likened the loss to taking spring out of the year. What would the year be like without springtime.

One of the very heartening signs in the recent times of peace has been the almost universal care and concern for preparing and placing the oncoming generation. Such movements you will inevitably support, but I wouldn't sign up too son, nor would I take on too much of the shouting. A good way to make those movements effective is to make of yourselves the very best men and women of your day: for for example, the best architects, bankers, doctors and engineers; the best farmers, journalists, lawyers and merchants; the best ministers, scientists, statesmen and teachers; in a word, the best thinkers and workers of your day.

The circumstances of the race are not of his own choosing; he runs at an appointed time, in an appointed place, as often as not on an unknown track, and, more often than not, imperfectly informed of the field against him. Whether he win or lose, he needs either shout nor sympathy, if he knows within him that his character has triumphed in the race. Whether he win or lose, the crowning glory of the race for him is the satisfaction in reward of industry on having run a fair and honest race, with judgement that never flagged and courage that never failed.

We call them, for short, spiritual values. Your own gentleness, courage and faith are of their texture. Beauty, freedom, goodness and truth are their substance. Their attainment is the goal of all our strivings. May the benign influence in the spiritual beauty and freedom of this place transform you through the years into leaders of men, discoverers in science and creators in art, erudite in learning and ever zealous in the search for truth.

And if you are moved a single pace on that high road of adventure and achievement, your patience in listening to me and my affectionate solicitude for your welfare will have their reward.

Dr. Edgar Odell Lovett left much food for thought. He delivered his speech at a difficult period. Young students were grappling with their role at what turned out to be a turning point in world history. Not three weeks earlier, on September 1, 1939 Germany invaded Poland, a move that would forever mark the beginning of World War II. The first twenty five articles Ethel posted in her scrapbook almost purposefully avoided the subject of the impending war. With the rare mention of professor Morad's son dying in battle, most of the articles focused on student life, football, social dances, student registration and the hazing incident. I for one was glad to see that Dr Lovett chose not to avoid the issue but rather tackle it head on. He knew his students were facing a difficult task. How can they concentrate on college when war was looming at hand? What he could not have foretold, was that many of those very students would eventually enlist and take part in this terrible war. I picture Ethel sitting in the crowd, taking notes for her article and like the rest of the student body around her,  finding comfort in the president's words. He challenged the students by charting a corse of action for them. Train your minds to be the best they can be and therefore become the best citizens you can.

Special treat! A full page of photographs to go with Ethel's article from the same day, with a description of who is in the photos!

Here are a few of the scenes at Rice Institute Thursday morning as registration of 1300 undergraduates began. Most of the early registrations were members of the incoming freshman class.

Top left: Scene of bustling enrollment activity, with professors and department heads assisting the new students to choose their courses. Samuel G. McCann, registrar, is shown at left supervising the enrollment in his office.

Top Right: Frank Cook and R. A. Stamey, Jr., Houston Sophomores, marking their choice of courses as they sat on the ledge at the front of the administration building.

Central left: Martha Ann Picton, at right, a June graduate of rice appeared at the registration desk with her younger sister, Grace, in the center, who is enrolling at Rice as a freshman. At the left is shown Betty Ruth Robbins, another new student.

Bottom left: ONe of the registration groups includes Bill Bryant and Margie Boyd, standing, and Pady Sue Whitecomb and Jeanette Stephenson, seated, from left to right.

A Note from Smadar

Welcome to Ethel's Scrapbook, a journey alongside my grandmother, Ethel Bloomfield. This unique blog is a study of one ancestor though the scrapbook she left behind. The scrapbook was filled with newspaper articles Ethel published while studying and working as a reporter at Rice Institue in Houston, Texas. She pasted hundreds of articles into her Scrapbook in a chronological order (from August 1939- June 1940). Although each post can be read independently, I highly recommended to take the time and start reading the blog from it's inception, March 14th, 2013.

Promote Your Page Too

Check Out My Other Blog 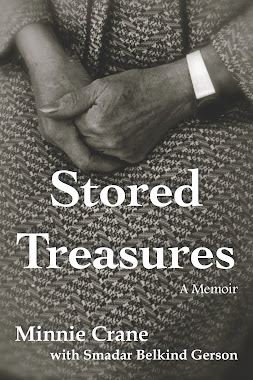